You are here:
Bungay Bitesize

The statue of Justice on the Butter Cross is our town’s finest work of art. It was erected in 1753, and considered a very expensive and prestigious image for the market place. She acts as a reminder of fair trade in all business dealings, which is why she was featured on trade tokens in the Georgian period, some of which also bear the inscription: ‘For Change Not Fraud’.

In Britain there has occasionally been a shortage of copper coinage issued by the Royal Mint, so local tradesmen issued their own ‘token’ coins for the use of regular customers. Two 17th c. Bungay farthing tokens are in the Museum, one made for the brewer, Thomas Nowell in 1660, and the other for Henry Blomfield, grocer in 1670.

Other Bungay penny and halfpenny tokens were issued towards the end of the 18th c. About 22 varieties were made, of which the most common seem to be those bearing the name of Samuel Prentice. One dated 1795, depicts the statue of Justice on her plinth, holding her sword and scales with the words ‘For the Use of Trade’. On the reverse is a hand holding a scroll, inscribed: ‘We promise to pay the Bearer on demand one Halfpenny’. Around the edge of the coin are the names of  S. Prentice, R. Delf, and M. Abel, all Bungay traders.

It is therefore surprising that Justice is depicted wearing a blindfold. The figure on the Butter Cross doesn’t wear one, as she needed to keep a sharp look out for any skulduggery happening around her. Perhaps there was no coin-smith available in the town, so Samuel Prentice had the token made in Norwich where the details of the figure were unknown. It must have caused a lot of jeering at Prentice’s expense when it was first handed out as small change.

Other examples in the Museum bear a depiction of the Castle with the house built between the gate-towers, and a rarer token is the double halfpenny, also issued by Prentice but un-dated. Larger and thicker than the others, if a man stuffed a dozen of them into his trouser pockets he would soon end up knock –kneed. And the bottoms would drop out of the ladies handbags. Bungay tokens can often be purchased quite cheaply on Ebay if in worn condition, and they are attractive objects to own. Particularly when we start imagining  the many different hands they passed through in Georgian times, from the baronet to the barber, the beggar to the thief. 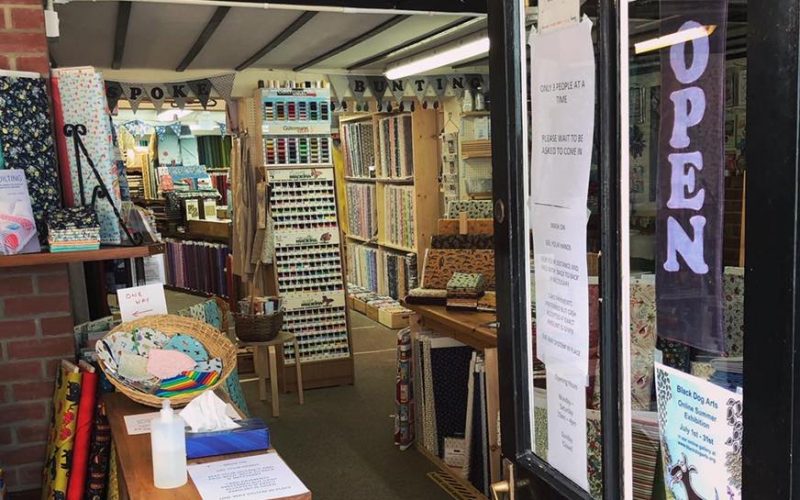