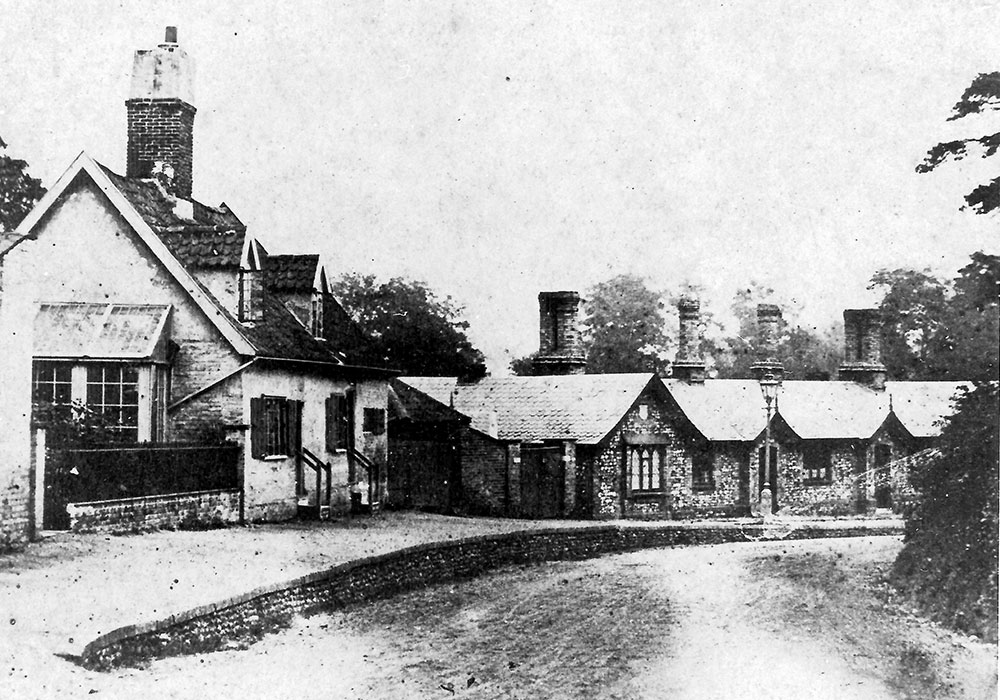 In her novels, the heroines created by Georgian novelist, Eliza Bonhote, marry wealthy and handsome suitors, and then use their good fortune to provide charity for the poor. The poor in the Georgian period were often downright wretched, and the money provided food and clothing, housing, and schools so the younger generation could improve their circumstances with better employment opportunities.

So after Eliza died, in 1818, it was appropriate that the wealth she accumulated from a rich husband, and the proceeds of her novels, was also partly used to benefit the needy. Her daughter Eliza Dreyer, wife of Richard Dreyer, curate of St. Mary’s church, inherited cash, plus various properties, and decided to use it to establish homes for five poor widows of tradesmen living in the town. She lived in Staithe Road, and donated a piece of her land on which the almshouses were built in 1848. They stand in a neat row, quaint, single-storey, with Tudor style chimneys, mullioned windows, and flint facings, frequently attracting the attention of tourists.

The accommodation comprises a living-room, bedroom, kitchen, and bathroom, with a garden area to the rear, where the old ladies could grow a few flowers and vegetables. It was also where the ‘privvy’ was situated, until the early 20th c. and had to be shared by all five of them. A resident recalled that it wasn’t much fun having to wait in a queue, hopping from one foot to the other, on a snowy winter morning.

One of the earliest residents was an actress connected with the Fisher Theatre in Broad Street. When the whole string of theatres closed in 1848, the ‘Widow Hodson’, found herself suddenly unemployed, with scant savings, and of course no pension or redundancy payment in those days. It was recommended that she apply to the Dreyer Homes trustees, and she was offered a place ‘in consideration of her forlorn state’. She was viewed favourably because Mrs. Bonhote had been a great supporter of the Bungay theatres since 1773, attending performances, and writing verses for special occasions.

The Dreyer Homes recently attained their 170th anniversary, and the Trustees organised a special tea-party for the residents.