Bungay is a fine old market town, rich in history. The town centre is officially recognised as a Conservation Area by English Heritage.

The Town Trail includes virtually all of Bungay’s historic buildings, churches, the River Waveney and shops of special interest. The routes are ideal for visitors to the town and offer a chance to explore the ‘old world charm’ that is unique to Bungay.

Both the eastern route and the western route start at the Market Place and at normal walking pace the trail can be completed in under two hours.

Bungay’s famous Buttercross was rebuilt after the Great Fire of Bungay in 1688. It Is situated in the Market Place and provides a prominent starting point for the Town Trail. The seats under the Buttercross afford a resting place where leaflets can be studied prior to setting out. A weekly Thursday market has been held on this site since 1382. In earlier times the Buttercross was also used as a prison with a dungeon beneath. This was replaced in Georgian times by an iron cage. Within this area are many fine shops offering personal attention typical of Bungay.

From the Butter Cross the Town Trail follows Cross Street, passing the Buttercross Tea Rooms. Here the keys for the Borough Well can be obtained. Entry to Borough Well Lane is made alongside Poulton Hall, a former Methodist Chapel, now used as auction rooms. Descending the steps you are led to the Borough Well which provided the public water supply from Roman times until 1923, when water was piped to the Town from Outney Common. The well is Tudor in construction and was restored by The Bungay Society in 1935.

A right turn at the end of the lane leads down Bridge Street, one of Bungay’s most historic and unspoilt street scenes. This was a busy commercial area in Victorian times with numerous shops and pubs, but is now more residential in character, Ron Buck’s antique displays and the popular Chequers Inn are highly recommended. Further down the street at No 34 lies the Music House. Here the famous statesman and author, Chateaubriand, took refuge during the French Revolution in 1757.

After crossing the River Waveney by footbridge, cross the road and take a sharp right past the old Falcon Inn and through a kissing gate to the Falcon Meadow. Here, alongside the Waveney and amongst the lush water meadows, are outstanding views of the Town including St Mary’s and Holy Trinity Churches.

The walk continues along the Bigod Way access path, following the river bank to the weir. Here the river can be recrossed to reach Bungay Staithe, an area that brought considerable trading wealth to Bungay until navigation ceased in 1934. Due to the quality of local oak trees and its position on the Waveney, Bungay was for centuries involved in the construction of wherries. In 1860 William Brighton, who built the famous wherry Albion, worked in the Bungay Staithe area. Recent improvements by the Broads Authority makes this location an ideal picnic site. On leaving the Staithe in a southerly direction, the route passes the Mill House which has recently been converted into flats. This ancient Mill ceased production in 1960 when the Mill stream was filled.

A right turn towards the Town leads to Staithe Road and the delightful group of almshouses. These were built in 1848 by Eliza Dreyer and endowed for the benefit of poor widows in Bungay. At the end of Staithe Road the classical Queen Anne lines of Trinity Hall dominate the view.

The Saxon round tower predates the Castle and is the oldest complete structure in the Town, On the outside door a brass plate commemorates Holy Trinity’s close escape from the ravages of the Great Fire of Bungay. Visitors are welcome inside where monuments to former worthy citizens of Bungay are in evidence. Donations to the upkeep are appreciated.

A left turn through St. Mary’s Churchyard passes the ruins of the Benedictine Priory founded by Gundreda, wife of Roger Bigod, in 1160. St. Mary’s Church, with its prominent tower, dominates the local landscape and is the most handsome building in Bungay. The Church dates from the 12th century onwards and was severely damaged in the Great Fire after which the south aisle and the lower were partially rebuilt. St. Mary’s is famous for a visit by the “Black Dog of Bungay” in 1577 which, during a violent storm, terrified the congregation. In 1981 the Church was taken over by the Redundant Churches Fund now the Churches Conservation Trust) and is supported locally by the Friends of St. Mary’s. Visitors are welcome to view the Church.

A right turn at the gates of St. Mary’s Churchyard will take you to the Market Place, a townscape which has remained unchanged for centuries. Prominent buildings include two old coaching inns, the King’s Head and the Three Tuns, both of which are still a vital part of the hostelry scene. On the other side of the roundabout is Wightmans furnishing shop, a handsome Victorian building. The “roundabout” is distinguished by the Black Dog of Bungay weather vane. On this site stood the old Corn Cross, made redundant in 1609. and more recently the Town Pump, which was dismantled by order of the Town Reeve in 1933.

Alongside the Three Tuns runs Broad Street, once the main route for livestock heading towards the Market. On the right, depicted by a wall plaque, is the old Fisher Theatre which was opened in 1658. This popular venue attracted famous actors who appeared with the Fisher family until the Theatre’s closure in 1844. Cross over to visit the Green Dragon, a pub which brews real ale on the premises. Turn back towards the Town and just before Cork Bricks is the local Waveney District Council office which houses the Tourist information Centre as well as the Town Museum.

This is one of the Town’s busiest streets with a rich diversity of specialist shops and commercial premises. The route follows the right side of the street passing a variety of antique shops to St. Mary’s House. From here there is an excellent view of the fine terrace of 17th century cottages. Cross the road to Scott House near Cock Bridge. This old house was formerly the residence of John Barber Scott, famous diarist and philanthropist. The return journey will enable a visit to the Black Dog Antique Centre, the largest of a number of antique shops in this area. At the 16th century Castle Inn, turn right into the yard and follow the footpath to Bigod’s Castle.

Here on the high ground, virtually surrounded by the Waveney and a site of earlier fortifications, Hugh Bigod, as feudal lord, built a massive Norman keep in 1165. From this site the truculent Hugh terrorised the local Saxons and at times illegally occupied the castles at Norwich and Orford. In 1174 he supported Henry II’s rebellious sons in armed insurrection, which ended in surrender of the Castle to the King’s forces and the payment of 1,000 Marks for his disloyalty. Hugh Bigod was killed in Syria on a crusade in 1178, at last fighting for his King.

A second castle was built by Roger Bigod in 1394, which protected the town with curtain walls and provided the famous twin towers of the gate house which remain today. Further information can be found on the Bigod Castle plinth by the entrance to the site. Following a successful bid for European 5b matched funding in 1997 by the Bungay Castle Trust, money was obtained for the conversion of a derelict garage site, on the approaches to the Castle, into a visitors centre.

The centre, officially opened in July 2000, provides a new entrance to the Castle and improved facilities for visitors. These include a courtyard cafe area, tourist information, heritage area and a model of medieval Bungay produced by The Bungay Society. Initially the centre will be open during the tourist season but is available for booking for exhibitions and other events throughout the year.

From the visitors centre, turn right into Castle Orchard leading to the Castle Hills. These were earth works constructed by the Saxons to defend the town against the Danes. On the western side there are fine views of the Waveney Valley across to Earsham.

On leaving Castle Hills by the main gate, follow Priory Lane and turn right at the junction with St. Mary’s Street and enter Upper Olland Street. The street name is probably a derivation of “oak lands”, the wood being used to build wherries in the Staithe area. At the junction of Upper and Lower Olland Streets stands one of the oldest buildings in Bungay, now a motor accessory shop. Further down the street there is an interesting mixture of shops, the largest being Nursey & Son, a factory shop specialising in high quality sheepskin products. Nursey’s is an old family business which recently celebrated its bicentenary.

A classic Congregational Chapel dating from 1518. In recent centuries independent church communities have exercised a strong influence in the Town. John Childs, a printer whose business was the forerunner of Clays Ltd, and who broke the bible monopoly enabling bibles to be sold at a much cheaper rate, worshipped here. His tombstone near the Chapel records his death in 1853 and there is a beautiful commemorative window in the Lecture Hall at the rear of the Church. Visitors are welcome inside.

From Emmanuel Church cross the road and return to the Town, taking a right turn through Turnstile Lane, and left at the junction. Here is Dinky’s Garden, named after Dinky and Sid Payne, champion fund raisers with their stalls in the Angel yard.

Continue along St. Mary’s Street to St. Edmund’s RC Church. Land in this area was set aside by the Duke of Norfolk and a small chapel was opened in 1823. Frederic Smith, a former Town Reeve, rebuilt and renovated the Church, and the present Church was opened in 1894. The martyrdom of St. Edmund is depicted in sculptural relief. From St. Edmund’s cross to the other side of the street to visit this busy section of shops housed in a variety of architectural styles. Continue past two of the Town’s old pubs, The Fleece and Swansons. Walk on to Farm House Bakery in the Market Place where a plaque on the wall marks the outbreak of the Great Fire of Bungay in 1638. From here cross the road to finish your journey where it began at the Butter Cross.

Click on the button link to visit the Explore Waveney Valley website and listen to the audio guides provided. 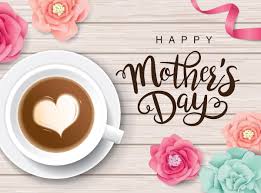