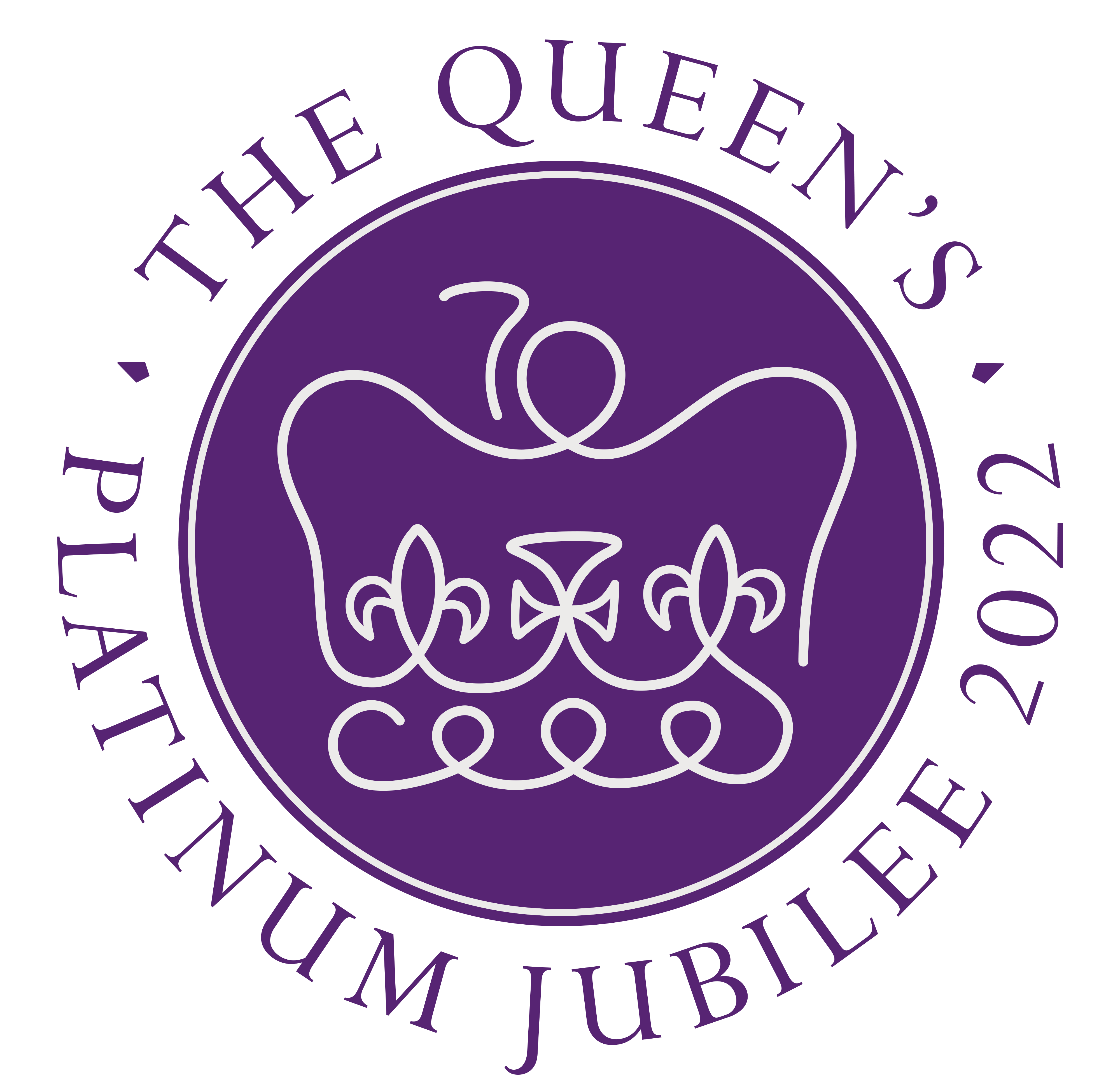 As part of the Platinum Jubilee celebrations we are honoured to have a flypast each day.

This is the schedule: The first flypast will be the  Battle of Britain Memorial Flight (BBMF) Lancaster which is one of only two left flying in the world, from the 7,377 built. The other one is in Canada. The Lancaster is the most famous RAF heavy bomber of WW2.

For the last three years of World War Two the Avro Lancaster was the major heavy bomber used by Bomber Command to take the war to the heart-land of Nazi Germany. It resulted from design work undertaken by Roy Chadwick and his Avro team to overcome the problems experienced with the twin-engined Manchester bomber. The prototype made its first flight in January 1941. With an impressive performance and excellent flying characteristics it soon established its superiority over other allied four-engined bombers operating in Europe. The industrial and military organisation needed to build and operate the Lancaster was huge. Six major companies built 7377 aircraft at ten factories on two continents; at the height of production over 1,100,000 men and women were employed working for over 920 companies. More service personnel were involved in flying and maintaining it than any other British aircraft in history. The Lancaster’s operational career is littered with impressive statistics, some are set out below, but it is worth remembering that the average age of the seven-man crew was only 22 years. They endured danger and discomfort and many showed great courage in continuing to fly knowing the odds against survival were high. Bomber Command suffered the highest casualty rate of any branch of the British services in World War Two. On average Lancasters completed twenty-one missions before being lost. The second is one of the renowned BBMF Spitfires. The iconic Supermarine Spitfire was critical in defeating Luftwaffe air attacks during the Battle of Britain in 1940. In total, 20,341 Spitfres were built. There are six Spitfires in the BBMF Flight.

The Spitfire is the most famous British fighter aircraft in history. It became a symbol of freedom during the summer months of 1940 by helping to defeat the German air attacks during the Battle of Britain. It was the highest performing Allied aircraft in 1940. The crowds at the 1936 RAF Display at Hendon had a first glimpse of the prototype Spitfire in the New Types Park but it was not until August 1938 that production Spitfires began to enter service. By the outbreak of war, a year later, nine squadrons were equipped. In spite of vigorous demands from the France the Commander in Chief of Fighter Command refused to send any Spitfires to France during the German Blitzkrieg of 1940. The wisdom of that decision was clearly shown. By July 1940 RAF Fighter Command had nineteen Spitfire MkI squadrons available. Once the RAF modified their tactics to properly counter the Luftwaffe, the Spitfire MkI proved to be the only British fighter capable of meeting the Messerschmitt Bf109E on equal terms. Often the outcome of a combat depended more on the quality of the pilot than his aircraft. Further improvements in performance were made by fitting new type propellers, known as constant speed units, and modifying the Merlin engine to run on 100 octane fuel. The third one is the BBMF Hurricane. The Hurricane played a vital role in the Battle of Britain.There are only 12 airworthy Hurricanes left in the world.

The Hurricane will always be remembered for the vital role it played, with its partner the Spitfire, in hectic battles during the summer of 1940. Hurricanes destroyed more enemy aircraft during the Battle of Britain than did all the other air and ground defences combined.Designed by the Hawker Aircraft Company in 1934 it first entered service in 1937. It provided the RAF with a fighter 160kph (100mph) faster than aircraft then in service; with an increased fire power of eight machine guns. When war was declared, on the 3 September 1939, about five-hundred Hurricanes were in service and several squadrons were sent to France. During the 1940 German Blitzkrieg through the Low Countries and France they fought a punishing rearguard action in which over 25% of all Fighter Command’s aircraft were destroyed. As the Battle of Britain raged in the skies overhead aircraft production increased so that by September 1940 the number of Hurricane squadrons had risen from eighteen, a year earlier, to thirty-two. It was in a Hurricane of No.249 Squadron that Flt Lt J.B. Nicholson was awarded Fighter Command’s only Victoria Cross.Later in the War Hurricanes made a significant contribution to the defence of Malta, the desert war in North Africa and war against the Japanese in the Far East.

With many thanks to Stephen Honeywood who has secured these flypasts for Bungay.

The flights will be centred on St Mary’s Church, as the tallest landmark for the crews to look out for. These displays normally comprise three loops around the site.  Bungay will be out in force to wave and cheer as the pilots circle above us!